The history of New Providence can be first traced back to 1664 when James, Duke of York and brother to King Charles II, purchased the land from Native Americans. Its first settlers were a Puritan colony that came to the area in 1720. The abundance of large flocks of wild turkeys led to the initial name for the area of “Turkey”. By 1737, the Presbyterian Church was formed and was the center of life in the small settlement. In 1759, a crowded church balcony collapsed. It was considered a miracle that no one was seriously injured in the disaster. The miracle was soon referred to as a divine act of &quot;providence.” The small town thereafter became known as “New Providence” and included present-day Summit and Berkeley Heights. 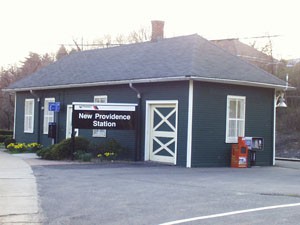 Nestled in the Watchung Mountains, New Providence is home to 12,000 residents and covers 3.6 square miles in northwestern Union County connecting Summit to Berkeley Heights. The borough is roughly 15 miles southwest of Newark and approximately 28 miles south of New York City. Traveling is made simple with two easily accessible train stations within the town as well as its close proximity to I-78, the Garden State Parkway, New Jersey Turnpike and Newark International Airport.

The New Providence Recreation Department, which provides a wide variety of programs for children and adults, is run by a seven-person commission, who are appointed by the mayor for five year terms. New Providence possesses three playgrounds, an ice-skating rink, eight ball fields, and eight public tennis courts. Two pools, which are approximately Olympic size, are also available through the New Providence Community Pool Corporation.

There are two public K-6 schools, as well as one parochial elementary school. The middle school is adjacent to the high school, and consists of grades 7-8. New Providence High School has approximately 550 students enrolled and was recently ranked 7th overall of schools in New Jersey. Students in the New Providence School District are known for their academic achievements and excellence in athletics. 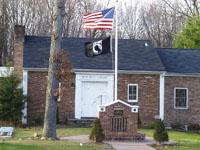 The New Providence Memorial Library was opened in 1921 and has greatly expanded over the years. The Memorial Library is home to over 70,000 volumes of books and reference material in addition to over 120 different periodicals.

AMERICAN TOWNS – THINGS TO DO IN NEW PROVIDENCE